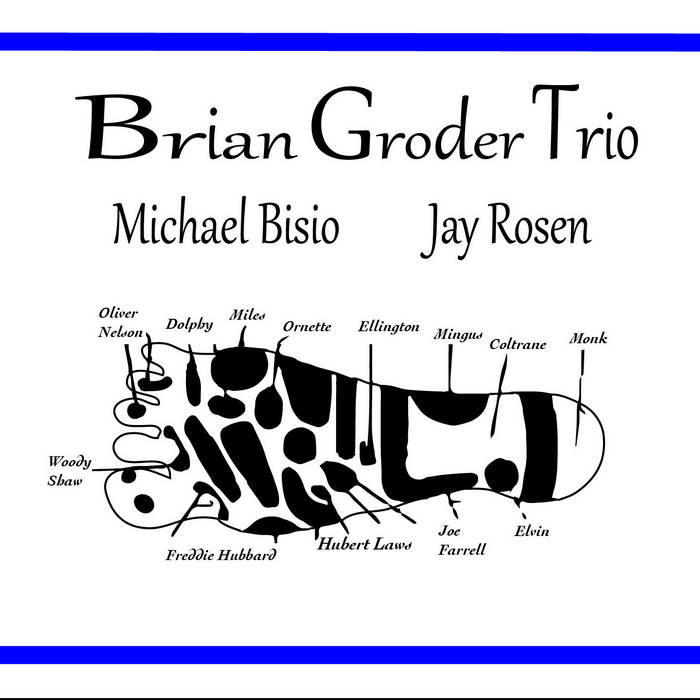 "Groder speaks jazz as if it were his mother tongue, but that also means that he doesn’t leave it as he found it" ~David Cristol, ImproJazz France


"Through this collection of eight tunes, Groder eases his trio through twisting melodies that blur the distinction between what’s improv and what’s charted. With no full chords at hand, Groder leans on Bisio to make up the gap, who tracks perfectly with the trumpeter on his sinuous themes and then discreetly slips out to solo. All the while, Bisio stays in touch with Rosen, and both alternate between keeping time and venturing out to follow the flow...Each time out by Groder is a different adventure, but he consistently creates sketches of definable character performed open-ended but never unhinged and above all, polished. Reflexology attains all of those things, with a rhythm section that acts as a natural extension of its leader."
~S. Victor Aaron, Something Else!

"Reflexology is a sparse, haunting exploration of hard bop motifs that is simultaneously provocative and endowed with a visceral rhythmic sense... Introspective, at times atmospheric, always engrossing Reflexology pays tribute to Jazz's innovative spirit while concurrently remaining delightfully accessible. Unlike the dubious "medical" discipline of the same name this record is a solid, consistently gratifying slice of creative music." ~Hrayr Attarian, AllAboutJazz

Looking down from Bay Ridge Brooklyn towards the NYC harbor, three short blocks separated bassist, Michael Bisio and myself during the summer of ’13 and we took advantage of not only of the inspiring views, but the opportunity to play together as much as we could. Walking back and forth, I would carry scribbled musical ideas-fragments with overall mental frameworks of emerging compositional phrases. Returning with hammered out possibilities that July and August, the compositions kept growing, shrinking and reappearing in different time-signature guises, trying to find the right feel for each compositional statement.

I was aware that I was referencing one of my favorite creative albums, “Looking at Bird”, Archie Shepp and Niels-Henning Ørsted Pedersen’s 1981 Steeple Chase release of stunning duets. Their masterful dialogue expressed their very personal appraisal and interpretation of Parker’s Be-Bop compositions. There was a keen feeling that Michael and I were developing our own references and dialogue of contemporary compositional settings and spontaneous improvisations.

Because the compositions themselves are very rhythmic with rhythmically driven musical phrases and pauses, it was only natural to want to include a drummer into our musical story telling. Jay is wonderful in completing our musical circle by pushing, pulling, subtly enhancing our statements, while always propelling the music forward.

Having studied composition with Joanne Brackeen for so many years, I’m always hearing her creative hints and shadows across my forms. It’s always cool to include one of her wonderful compositions. She remains a profound influence.

All musicians have their personal creative touchstones. The art is calling upon them in new creative ways, opening up original directions, and freeing their artistic musings.