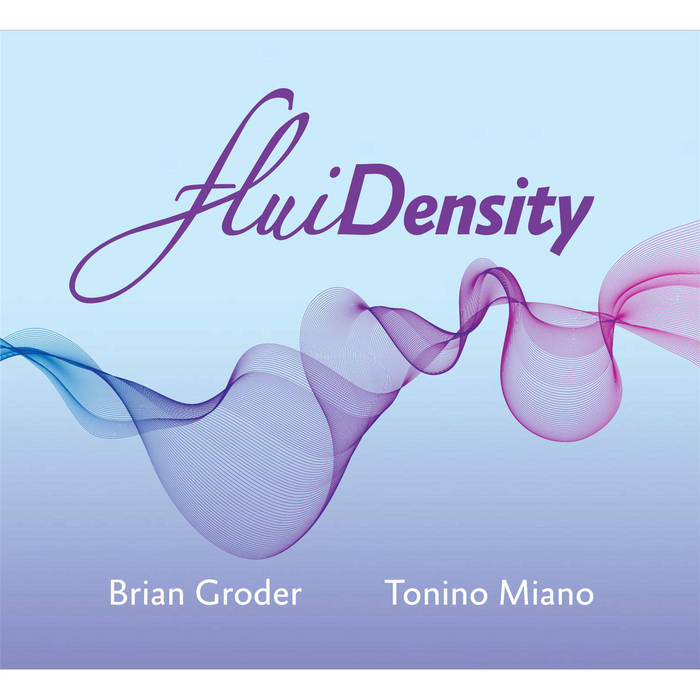 
"FluiDensity is an elegant dance between jazz and classical, rendered by a couple of veteran hands experienced in the nuances of both. Such a bare setup enables so much more freedom and pure expression, and that’s just what is delivered on FluiDensity. These nine compositions were nothing more than informal discussions between takes before they were performed for the record. Thus, it’s a very instinctual set of recordings, and while there are some classical and jazz, it evokes those styles seemingly more by coincidence than some conscious effort to make an album that blends certain kinds of music...Together, the pair plays with one mind, like a solo performance involving two instruments."
~S. Victor Aaron, Something Else!

It’s anodyne to say that music is appealing when it connects with the listener’s imagination. There is more weight and interest in saying that music like this exists in the imagination of the listener. This is the compelling intellectual, emotional and aesthetic phenomenon of improvised music as it has developed since Cecil Taylor showed the way to be from jazz and new music yet not belong to them.
It’s the musicians who are responsible for the style of improvised music, one that has deep personal roots but no fixed geographic or linguistic location. The best improvised music creates a country and culture in the mind, one that lasts until the disc or concert ends, populated by performers and audience, compressing space and history. Tonino Miano and Brian Groder create their imaginative, polyglot space with hints of the familiar: the rigorous structures of Schoenberg, the savage attacks of Bartok, the irreverent interrogations of Rzewski, the multicultural funk of early Weather Report, the suave colors of Duke Ellington. The country of FluiDensity is humane, quick-thinking, playful, fleet, inquisitive, earthy. Miano and Groder are deeply learned and skillful musicians, but when they play, all one hears is the sound of a beautiful, fascinating place to visit.
~George Grella

all spontaneous compositions & improvisations by Groder/Miano
Pinion: melodic & textural references from Noctamble #3 from the
piano collection "Squares" by Frederic Rzewski, 1978